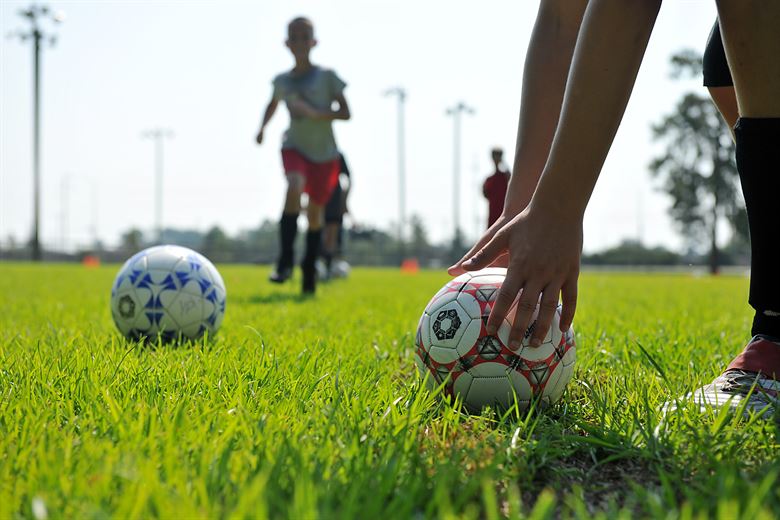 This post is the second in a series; click here to read the first post if you haven’t already done so. In this series, I will show how I created the plots that Aiden Oakley published on Twitter here and here, alongside some commentary about the choices I made throughout the process and my own interpretations of the results.

We’ll load the cleaned data in and load the necessary libraries as we did in the first post.

What happens when we categorise responses by job ‘seniority’? We can exclude responses from unpaid interns from this analysis since, well, they’re unpaid, so their ‘typical salary’ works out to be £0. 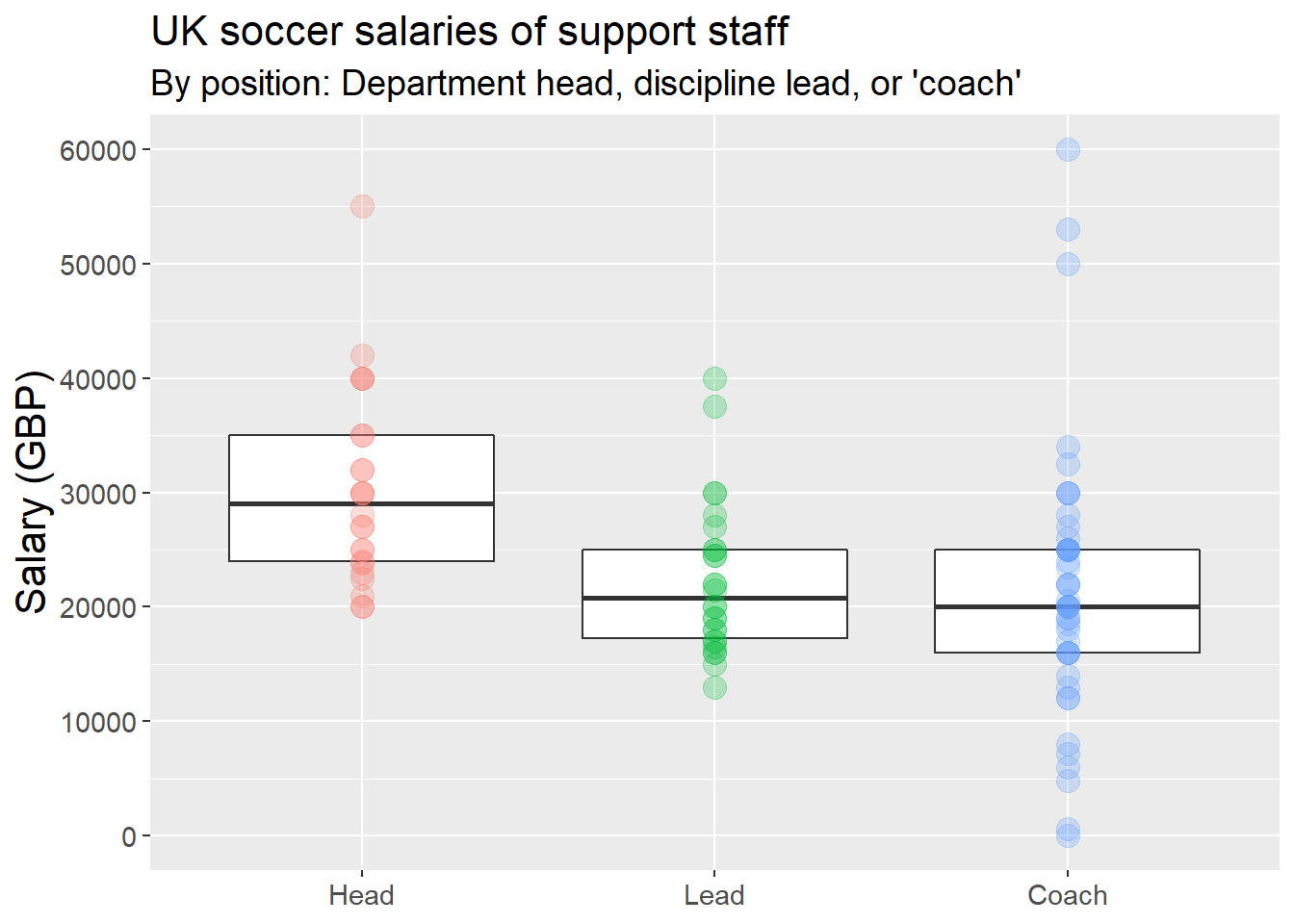 Let’s take a look at median salaries too:

Hmm. Seems there’s quite a bit to take in! This is what jumped out at me:

1. Department heads are generally—but not always—paid more than staff at the Lead or Coach levels. A small number of respondents who are department heads are being paid less than some Leads and Coaches. We know that there is a descending gradient in the reported salaries by league, so these instances could be explained by Heads who work for teams in lower leagues (e.g., Championship, League 1, League 2), compared to Leads and Coaches who work for teams in higher leagues (e.g., Premier League, Scottish Premiership).

2. Typical salaries of Leads and Coaches are not remarkably different. Again, considerable variation is evident within each category. Even if we were to exclude the three upper outliers in the ‘Coach’ group, there are still many overlaps between the 2nd and 3rd categories here.

3. Some respondents working at the Coach level are unpaid or may be underpaid (depending on the time loading in their role). These data points are not explained by interns, since we excluded them from the data set before building the plot and table above. However, this data does include the following:

On its face, these results do not make for positive reading. Importantly, whenever I am interpreting the results of any analysis, I work to actively think about alternative interpretations and possible explanatory factors. Here are a few:

1. Two of these respondents self-identified that they are working part-time, although their weekly time commitment is not known. It is possible that more of these apparently unpaid / underpaid respondents may be working part-time for their respective clubs, however this could not be accurately discerned from their questionnaire responses.

2. Some of these respondents may be current postgraduate students who are working and studying within a football club. For example, it’s common these days to see Masters and PhD students ‘embedded’ in applied settings. These students may be employed by a club in some capacity (or receiving a small remuneration / honorarium), while they are also conducting research within the same club or completing the placement hours needed to fulfil course requirements. In these instances, students may be receiving a stipend or scholarship to support their studies. This, in combination with a part-time wage, may add up to a sufficient living wage.

After looking at the data more closely, we now know that fewer Lead-level staff completed the questionnaire than Coach-level staff. We also know that fewer Lead-level staff are working for clubs with first teams in the top tier leagues, whereas there are more Coach-level staff working at this level. Perhaps what we see in the plot and table—the appearance of no difference between these two job levels—is actually the ‘league-level’ effect obscuring real differences that may exist between the salaries of Coaches and Leads. Maybe?

Scratching beneath the surface in this way, we have run into the eternal frustration of small samples. While a little over 100 responses might be enough to detect what appear to be fairly sizeable differences in staff salaries between leagues, it doesn’t give us enough clarity for answering more granular questions (e.g., ‘Given known differences between leagues, are there additional differences in staff salaries when categorising by job seniority?’).

Where does that leave us? Is there a difference between Coach and Lead salaries, or not? The answer is…

We don’t know. At least, we don’t know yet. With this data, we cannot confidently conclude that there is no difference but we also cannot conclude that there is a difference. We need better information and probably more of it to arrive at a conclusive judgment. Nevertheless, I think there is enough of a query here to warrant further exploration, further data capture, and further self-questioning (as an industry):

In the next post, I will examine how the salaries of S&C coaches compare to those of sport scientists working for UK football clubs.

Enjoying the series so far? Constructive feedback and comments welcome via Twitter; my handle is @jacquietran.